The Centralia Community Youth Center was established in Centralia over 25 years ago as The Centralia Youth Association. The center was the vision of Rev. Michael and Jeanice Bryant who were also instrumental in presenting the proposal to Larry Williams, the director of MCHA at the time. The plans were agreed upon and a grant was drawn up and submitted to secure funds to proceed with the project. With the acquisition of the grant and under the leadership of Rev. Charles Brown, Willie Lawson, Rev. Donald Jones, Larry Williams, The Bryants, Danny Ramey and others, the vision became a reality. The building was completed in 1992 and successfully opened in 1993.

The first Board of Directors was lead by Ms. Jan Coleman with Marilyn Scott, Kenneth McBride, Eddie McGee, Donald Jones, and Quentin Westbrook as first members. Over the years, several individuals have held the position of Director for the Center with the current Director being Mr. Herb Williams.

Today, the building still stands at 1224 E. Rexford St. It has undergone many changes over the years, however, with a recent change in the Board of Directors, many other changes have taken place.

The building has been painted inside and out, a kitchen has been installed with a new refrigerator and stove having been donated. The Center currently hosts summer camps and Summer Food Program along with many other activities, i.e. tutoring, wrestling and dance. 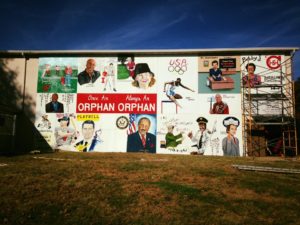 We are currently seeking a chess instructor to further enhance the abilities of our youth.